WINE SALE: Get 7% OFF With Code JULY4 Used At Checkout 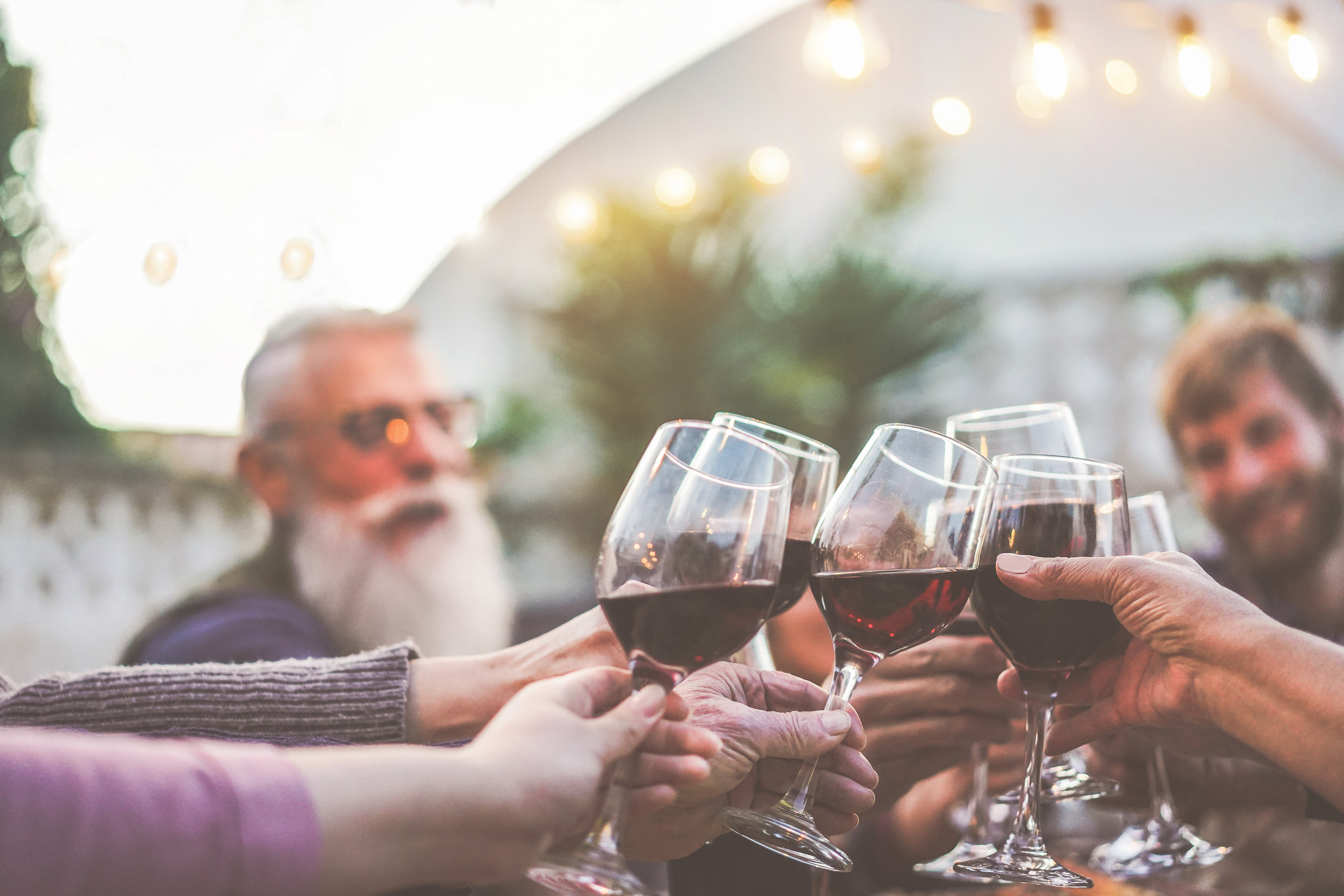 If you enjoy reading this blog, please consider sharing it on social media!

I’m also going to be recommending some of my favorite wines at the end, so don’t miss the chance to find your new favorite drink! 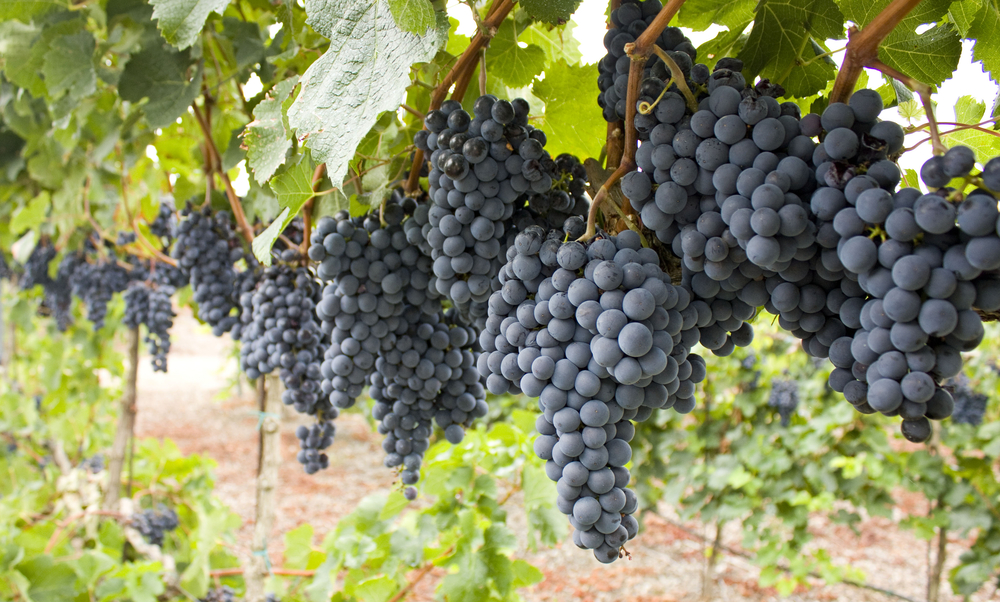 But first; a digression into why drinking red wine has health benefits versus its counterpart, white wine. Red wine contains polyphenols, rich antioxidants which are theorized to help protect both blood vessels and the lining in your heart. One polyphenol that has been getting some consideration for its multiple health benefits is an antioxidant called Resveratrol.

Science backs up the claim that the true benefits of red wine come from moderate consumption. A 2010 study, Nondrinker Mortality Risk in the United States, followed three groups: heavy drinkers, moderate drinkers, and nondrinkers. Their aim was to determine which group, over an 18-year study, would have the lowest mortality rate. The results might surprise you!

The mortality risk was highest with the ‘heavy drinker’ group, slightly lower among the ‘nondrinkers’, and surprisingly, the ‘moderate drinkers’ had the lowest risk of death. Several other studies backed this up, finding that the lowest mortality rate occurred amongst current drinkers who consume one drink a day.

Cardiovascular diseases are the leading cause of death in the world, responsible for almost 1/3 of deaths each year. Inflammation plays a large role in the progression of heart disease and has been implicated in many chronic ailments in humans. In a 2006 study, Significance of wine and resveratrol in cardiovascular disease, researchers found that resveratrol could be connected to a lower risk of heart disease. This included problems like blood clotting and inflammation that affect better heart health.

The benefit of resveratrol in this function is thought to come from protecting cells in the heart from tissue damage as a result of lack of oxygen (anoxia or hypoxia). 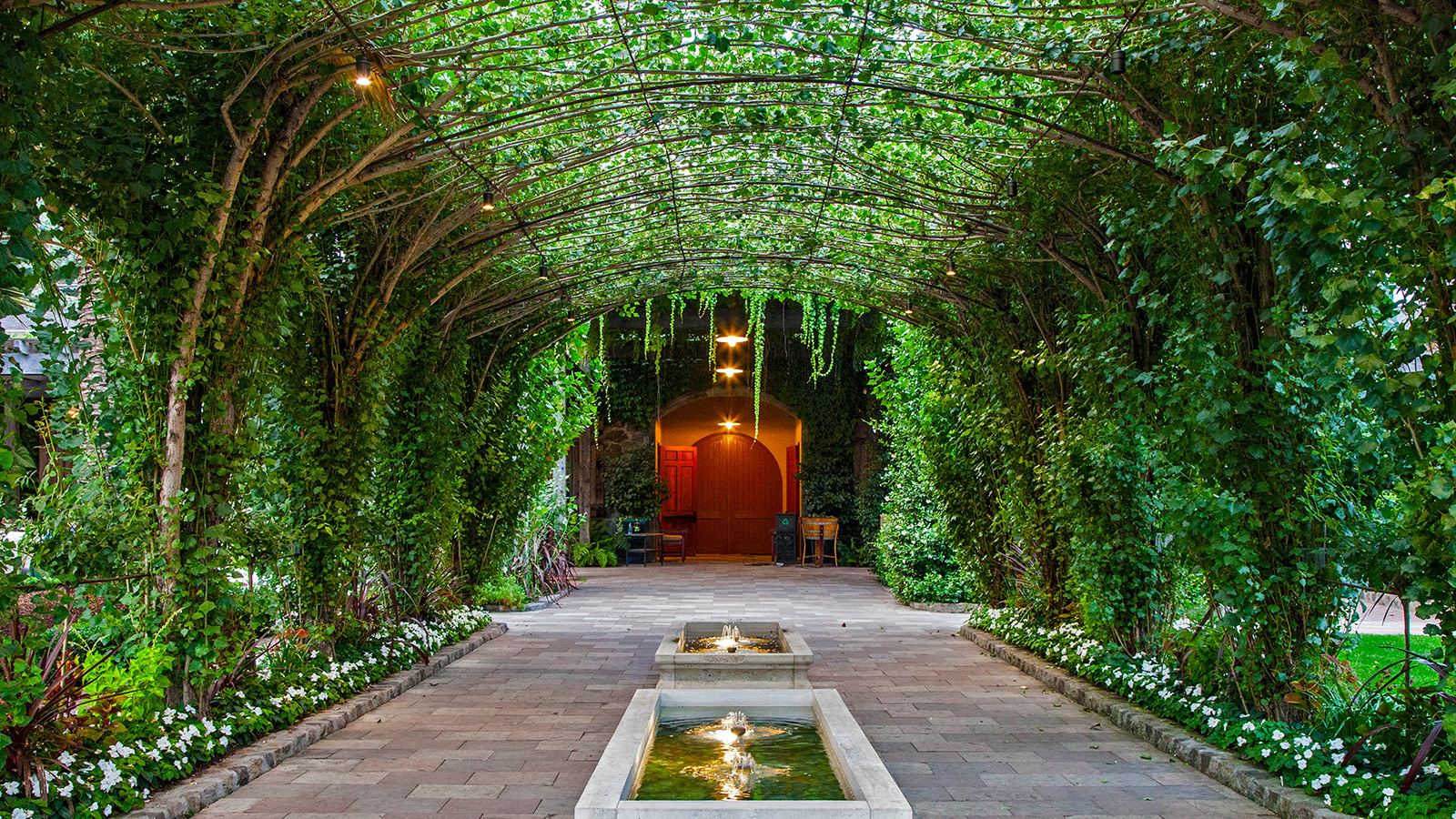 Red wine has been found to reduce the risk of certain cancers.

One Harvard study showed that consumption of red wine reduced the risk of prostate cancer by 52% in men who drank an average of four to seven glasses per week. Researchers opined from that same study that red wine appeared to be particularly effective in protecting against advanced or aggressive cancers.

In another study, researchers found that moderate consumption of red wine also resulted in a reduction of lung cancer and colon cancer cells by approximately 57% and 50% respectively.

Red wine also lowers breast cancer risk when consumed in moderation. This is opposed to every other alcohol which increases breast cancer risk in women due to it increasing estrogen levels. Aromatase is an enzyme used by breast tumors to produce their own estrogen. Red grapes are the best food able to suppress aromatase activity, as they are an aromatase inhibitor.

Researchers found that women who consumed eight ounces of red wine every evening for a month had lower estrogen and higher testosterone levels.

One of the benefits of drinking red wine is stroke protection. Stroke is a debilitating and devastating disease that has no simple cure. However, researchers at McGill University has found that low to moderate red wine consumption has the potential to reduce several neurological conditions. These can include stroke, macular degeneration, and thinking ability.

Besides its well documented anti-inflammatory properties, resveratrol is now being shown to help with key features of Alzheimer’s disease as well.

Cholesterol is a substance that you get from food, but it is also produced in your body. Over time, the “bad cholesterol”, low-density lipoprotein (LDL) cholesterol builds up inside of arteries and creates plaque. This plaque can have many negative potential effects like stroke or heart attack, so it is important to take action. Since resveratrol has the ability to reduce inflammation and prevent clotting, it has the ability to increase the amount of “good” cholesterol.

6. Good For Your Skin

Resveratrol, as a polyphenol and antioxidant, has multiple biologic effects including some antimicrobial qualities. Researchers were interested in whether resveratrol could be a good treatment for acne, specifically the inflammatory disease of Acne vulgaris caused by the P. acnes bacteria.

One study compared the use of Resveratrol versus a commonly used antibacterial treatment, benzoyl peroxide. It found that whereas the benzoyl peroxide alone provided a short-term response, the resveratrol demonstrated sustained antibacterial activity against the P. acnes bacteria. When used together, a combination of both treatments showed high initial antibacterial activity and sustained bacteria growth inhibition. Currently, drinking the antioxidant packed wine is the best way to receive some of these skin benefits.

Red wine is both a performance enhancer when it comes to intelligence and retention of cognitive faculties. In a medical journal, researchers stated that moderate red wine drinkers were at a 23% less risk of developing a neurological disease such as dementia or Alzheimer’s than other groups.

This reduced risk of dementia and other cognitive impairment was statistically significant in 14 of the 19 tested countries including the United States. One line of reasoning suggests that alcohol increases blood flow to the brain and metabolism which keeps the brain sharp.

Are you one of the many people who like to unwind and de-stress after a long day with a glass of wine? You might be doing yourself a favor. A study at the University of Buffalo found that resveratrol could be used as a new treatment for depression and anxiety.

Since depression and anxiety disorders affect 16 to 40 million people in the Unites States, this is much needed research. It has anti-stress effects, blocking the expression of a stress control enzyme in the brain.

9. It promotes a long life

I’m sure many of our readers are already familiar with the Mediterranean diet. If not, I’ll give you a crash course; this is the diet that touts itself as one of the world’s healthiest. It emphasizes fruits, vegetables, nuts, seafood, legumes, olive oil and red wine in moderation. The magic, again, comes from the resveratrol.

As mentioned above, resveratrol is thought to have some longevity abilities; in this case, it can activate a protein that acts as an anti-aging agent.

Trillions of microbes live inside of the gut, with up to 1,000 species of different bacteria with their own different job. Some of these are beneficial to the human body, while others can cause diseases. Regulation of this gut flora is vital for your overall health. Those of us who deal with either problems of obesity or other gut imbalances might benefit from adding a glass of wine to their diet.

As previously stated, the Mediterranean diet is one of the healthiest diets with a key point being a daily glass of wine. Recent studies have found that red wine plays a role against oxidative stress and in favor of gut bacteria that is desirable.

I’m sure many of you are wondering, with all the benefits: is wine healthy for you? And what is the best red wine for health? Doctors don’t typically advise increasing alcohol intake, but if you’re someone who enjoys a glass of red at night, do not fret. You can continue to responsibly drink with the added benefits of polyphenols and resveratrol.

And for all of you other type of alcoholic drinkers, know that studies have shown that white wines and other alcohols have shown a positive effect regarding health when you drink alcohol in moderation. Just know that red wine isn’t some miracle drink, and your other health decisions and habits will also play a large role in your overall health.

Hopefully you were able to find something on this list that educated you more about red wine benefits, antioxidants, and resveratrol. Research is continuing to be done on red wine and polyphenols to guide and improve treatments for a myriad of afflictions.

The positive findings of a wide variety of epidemiological, case-control and prospective research have contributed to the US Department of Health and Human Services changing some of its recommendations. In its national health promotion and disease prevention program, it recommended moderate alcohol consumption. With so many health benefits of wine becoming apparent, now is the time to stock up on some red wine! Just make sure, like everything else in life, that you do it with moderation.

Now for my recommendations!

Caymus is a dark red wine that has a signature flavor of rich and ripe fruit and velvety tannins. The grapes are sourced from a Napa Valley based farm, enabling the creation of high-quality wine. The Cabernet offers a strong aroma of cocoa, cassis, and ripe dark berries. I love the dry flavor of this wine and love pairing it with a hearty steak.

Aged in French oak, this unique wine transforms intense mountain fruit into a delightful wine with a rich and luxurious texture. Tastes of black currants and vanilla with an aroma of licorice and blackberries.

Apothic Red is the bold red wine blend that launched the Apothic legacy. Boasting strong notes of black cherry and dark red fruit, this red blend pairs perfectly with a chocolaty dessert or a cheese board.

This is a wine that I’ve tried most recently. It originated in California from Caymus Vineyard based on the “bonanza” that is the great state of California. It has flavors of dark berries, vanilla and toasty bread with silky tannins.

Sourced from top quality California wine growing regions, Conundrum Red features delightful varietals including Petite Sirah, Zinfandel, and Cabernet Sauvignon. The taste and aroma are rich and complex, with lush chocolate and cherry flavors and a fine tannin. Best served chilled, this delicious wine can be paired with meats and cheeses.

We hope you enjoyed enjoyed reading this blog about wondering: is wine is good for you. Please subscribe to our newsletter so you can keep up with any new content, deals, and promotions that we are running on our website. Currently running a special on BuyWinesOnline.com: 5% off with code 5OFF. Hey! Looks like you've changed your theme and now DropInBlog's code needs to be re-added to your theme files.
Follow these instructions to solve this right away. Or hit us up on Messenger if you'd like some help.